A little more about Dave 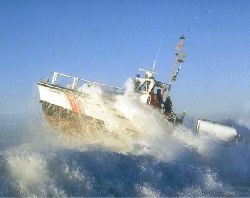 That begs the question, who is this guy and what does he bring to the table?

I’ve had a wide range of careers in four decades as an adult. It took me a while to find my groove but in all those jobs some common themes emerged–I do well under pressure, (real pressure, like “we-might-all-die” pressure). I function well on a team solving complicated problems, and I communicate well in difficult situations.

Specifically, my early years were spent on the roof of an aircraft carrier in the Persian Gulf. That’s where complicated meets dangerous and most mistakes only happen once.

From there I joined the United States Coast Guard and spent a few years at the wet and cold end of search and rescue. Hours offshore in seas half the length of the boat with a tiny crew of people not old enough to  rent a car. That’s teamwork.

I love the Coast Guard;  the  mission, history and values, so when the opportunity came to promote the service full time I took it, and spent the next decades in media relations and public affairs.

In the 1990s I found myself at some of the biggest news stories of the decade. Mass-migration in the Caribbean, the United Nations Haiti talks at Governors Island, oil spills and natural disasters everywhere else. I delivered the Coast Guard message to media outlets around the world.

In 2000 I shifted from military to civilian and continue to serve the Coast Guard at the Aviation Logistics Center, where I have managed to combine the skills I learned along the way: photography, communication, teamwork, and solving complicated problems.

In 2001 I married my best friend. She’s also a speech therapist  in Perquimans County Schools.  Through her I learned a little about the complex challenges facing public education today.

As an older parent of two young boys, I worry about preparing them for a world far more complex than the one I came from. I don’t claim to have all the answers, but I think I have some skills that might help our community work through some of these problems.

This entry was posted in Uncategorized. Bookmark the permalink.